“Drivers License” by Olivia Rodrigo has broken Spotify records for the most streamed song in a day.

“Drivers License” peaked at No. 1 on the Spotify charts in just one week of its release. On Tuesday, it was streamed over 17 million times according to Spotify. In fact, as of Friday, the song has crossed over 67 million plays.

The song also garnered the attention of some famous celebrities, including Taylor Swift, who then commented on Olivia Rodrigo’s Instagram post that showed “Drivers License” right next to Taylor Swift’s two bonus songs from Evermore.

What made Drivers License by Olivia Rodrigo explode?

Before we answer that or even do a “Drivers License” Review, we must understand why we listen to a song on repeat and what effect does it have on our body.

How Music affects our body?

Music has been scientifically proven to affect over 10 different parts of the brain that control different motor actions and emotions that we, as individuals, exhibit. It has been clinically proven that Music therapy can help reduce brain seizures, improve your immune system, improve your creative ability as well as help you overcome anxiety and even depression.

Some of the benefits of listening to Music are:

Some songs stay with us for a lifetime and some fade away from our memories within a few weeks, if not days. But what is it about a song that makes us want to listen to it again and again? And does listening to Music have any psychological effect on us? Let’s find out.

A few years ago, I had the opportunity to conduct a survey as a part of my Statistics class where I had asked over 100 students (aged between 18 to 31) to tell me the names of their current favorite song that we were listening to, at that time. Though I don’t have the original report with me right now, the results were as follows:

This tells us that most people listen to the Latest songs which are quite popular. But what is it about these songs that appeal to the masses?

Top 5 Reasons why you listen to a song on repeat

Below are my 5 reasons that I think affect the replayability of a song.

1. Repetitiveness: As humans, our mind is conditioned to like things that are repetitive and predictable in nature. Every song has a repetitive verse/chorus structure that is painted on the memory of the listener. Without repetition, a listener would quickly forget the melody, and the song would lose its appeal. This is why music producers today focus heavily on writing a chorus or a hook that is simple, easy to remember, and packed with a lot of power. When listening to a song you often find yourself mouthing the lyrics or tapping your feet to the beat. This is because you are anticipating the lyrics and the melodies as you have heard them before and that makes it highly predictable.

2. Lyrics: Another important component of a song is the Lyrics. Listeners can often relate to the lyrics and find themselves in a similar situation. This is the reason why some songs quickly become your favorite the moment you hear them for the first time. When in a certain emotional state, listening to an appropriate song can uplift you or even provide comfort in your moments of despair. People tend to listen to motivational songs when they are low in spirits, they listen to sad/emotional songs to process their feelings of sadness such as a breakup or the demise of a loved one.

3. Musical Composition/Richness: This is one of the most important elements of a song, if not THE most important. People generally tend to like songs that are catchy, popular, and musically rich. A song (or Music in general) is made up of a pattern of chords/melodies laid out in a repetitive sequence that mesmerizes the listeners, something that they enjoy listening to and can connect with.

Since there are a limited number of chord combinations/patterns available, most popular songwriters are known to follow a PROVEN formula for writing their songs. The same chord progression can be used to compose 100’s of songs. Many of the popular songs today are known to have used the same exact chord patterns. Even the timeless classics from the 60s and 70s have used similar chord patterns. So, the thing to note here is that the way a song is structured greatly affects how listeners will react to it. Certain combinations of chords are known to produce sad/emotional music whereas some combinations produce upbeat and happy music.

When people listen to a particular song they can quickly sense the theme of the song even if they have little or no knowledge about Music theory. In Music therapy, this is particularly important when treating patients to improve their cognitive skills through musical responses.

4. A walk down the memory lane: Often people associate songs with a time in their lives. Listening to an old song can bring back good old memories from someone’s childhood. While for others it can remind them of a sad/heartbreaking event from their past. Nevertheless, people always have a go-to song for every situation and it is their way of escaping from the monotony of the real world. Certain songs have a magical ability to stir up emotions and make us a little bit more empathetic. Music therapists often use such songs when they talk to their patients. This helps them to extract deeply hidden thoughts from the minds of their patients.

5. Identity: We often have a certain style of music that we fancy more than the other. We identify ourselves with that Genre of Music. ‘We are what we eat’ is often true in the case of Music too. It is possible to predict the nature/personality of an individual based on his/her musical tastes. It can reveal a lot of information about a person such as their creativity levels, value system, the general attitude towards others, and level of self-esteem. This is a very important factor that Music Therapists use to gauge their clients even before meeting them

ALSO READ
Why you Listen to a Song on Repeat? – A brief Explanation
5 Best Microphones in India for Beginners 2021
Best Guitar Processor for Beginners | VOX StompLab IIG Review
5 Best DAWs for Recording and Music Production

Why people are listening to Drivers License by Olivia Rodrigo repeatedly?

Drivers License is in the realm of sad/emotional music packed with relatable lyrics and beautiful melodies in the verse/chorus which resonates with today’s pop culture.

The opening line of the song “ I got my driver’s license last week, just like we always talked about” can instantly get your ears glued and ready to take you on an emotional and heart-thumping journey after a sad breakup. The lyrics are highly relatable, and it’s not just a driver’s license, but it signifies anything that someone has achieved/changed that they used to talk about with their lover before the breakup. I have found that such songs click with the youth and instantly become a hit!

Musically, to my ears, this song gives the same vibes as Shawn Mendes’s ‘In My Blood’ and Billie Eilish’s ‘I Love You’ (Some parts).

The verse starts off slow and quiet with fewer instruments, but the chorus gets loud before the bridge of the song which captures all the feelings perfectly and the singer admits to still being in love with her ex.

The I-vi-IV-V is one of the most common chord patterns that a lot of songwriters use. (Uppercase indicates a Major chord in the key whereas the lower case indicates a minor chord.)
This song follows an I-vi-IV-I chord pattern for the verses. The last chord which is a ‘V’ has been replaced with an ‘I’ chord which adds a slight sense of unpredictability.

The chorus throws in a minor 7th and a major 6th chord which provides that extra topping and makes it pleasing to the ears.

But none of it would have worked if it wouldn’t have been performed so well by Olivia Rodrigo. Her voice is magnificent on this track and it perfectly captures the emotions of the songs. In some parts, I felt like I was listening to Billie Eilish. Maybe because of the musical similarities of the track.

Below is the chord/scale chart for your reference.

Do songs help you to process emotions like sadness?

If you ask me, yes, listening to such songs when processing an emotion like sadness after a breakup helps. Listeners can connect with the singer, and can learn that they are not the only person going through the same set of emotions. It can make them empathetic and can also help overcome their sadness. All they need to do is talk to someone they are comfortable with. This can be their Music therapist or a close friend.

Music can affect our mental and physical health. Some songs can uplift us and soothe us, some can take us down memory lane.

Drivers License by  Olivia Rodrigo has got all the elements that make it a re-playable song. You can’t listen to it just once. And if you are dealing with heartbreak or just trying to remember a relationship from the past, you are going to love it. 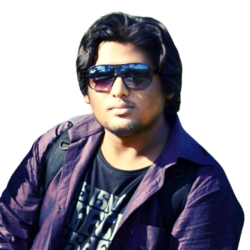 For the Future Guitar Gods!

Are you from Canada?

Get Aweber for FREE

The world shops on Amazon

The best project you can work on is ‘YOU’. This is exactly what we, at In My World, believe. You can subscribe to our Newsletter to receive weekly blog content delivered directly to your inbox. Our website features blogs about Online Marketing, Self-Development, Music, etc.

InMyworld.in is a participant in a variety of affiliate programs, such as Amazon Associates, Reverb, Singing Machine, etc. This means that some of the links on our site are affiliate links. If you click on one of these links to purchase a product or service that we recommend, we will be compensated for it.